If you ask about the game that has received the most attention from Chinese players in the past two years, CA’s “Total War: Three Kingdoms” claims it is second, so no one dares to call it first. In May 2019, this real-time strategy game became the largest traffic in the gaming circle. The reason is also very simple, because he has grasped the Chinese players, the world’s largest group of players.

”The Romance of the Three Kingdoms” has extraordinary significance for the Chinese. Whether men, women, children, old or young have read the original work, they can probably tell a few stories and allusions in the novel. History fans and military fans almost all yearn for that period of history. When such a real-time strategy game is on the shelves, it becomes inevitable to be sought after.

During that time, “Kuangfu Han Room” became the main theme of the domestic player group, although the game itself has many things to be improved in terms of style (mainly reflected in character modeling) and mechanism settings (Lv Bu was beaten by the chaos). Locally, but in terms of the theme of the Three Kingdoms, the majority of Chinese players still showed a broad and tolerant heart. 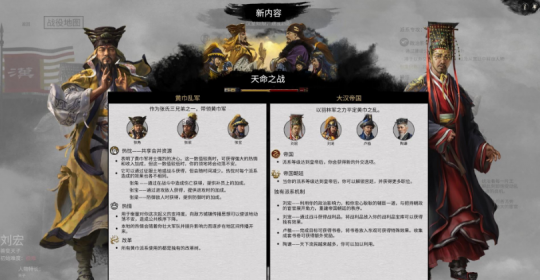 In the eyes of many Chinese players, this is not only a game, it also allows players all over the world to understand China’s historical stories and cultural traditions. What’s more important is to show the purchasing power of Chinese players, so that more and more manufacturers are willing to make Chinese-themed games. 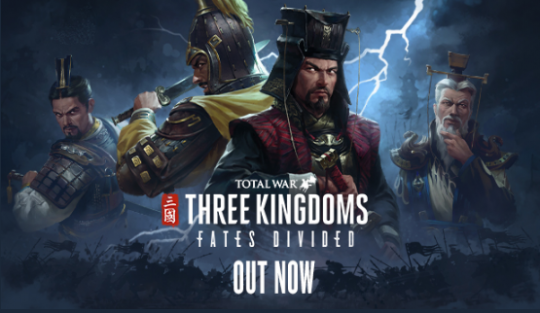 In the past two years, “Total War: Three Kingdoms” has been updated many times, and DLCs about “Barbarian Invasion” and “Eight Kings Rebellion” have also been launched one after another. However, the progress of the main story is exceptionally slow, and the “War of Guandu” did not begin until two months ago. Players who understand the history of the Three Kingdoms know that it is still too early to reach the tripod, and the truly legendary story is yet to come.

Unfortunately, the players did not even wait for the official slow update of the game. Last Thursday night (May 27), CA released a video about the future of “Total War: Three Kingdoms”. It also claimed: “With the release of the last DLC Guandu [Fates Divided], the official said the development content of “Total War: Three Kingdoms” has been completed.”

Follow-up CA staff said that in the future they will focus their attention and energy on the character stories in the Three Kingdoms novel, which is obviously a big blow to all players.

The current content shown in “Total War: Three Kingdoms” can no longer be described as anticlimactic. Players commented on the content update of CA:

”Comparing “Total War: Three Kingdoms” to “The Legend of the Condor Heroes”, then the current story has just arrived at the scene of the Seven Devils of the South of the Yangtze River; the DLC has explained the plot of “Eight Dragon Slayer”.” 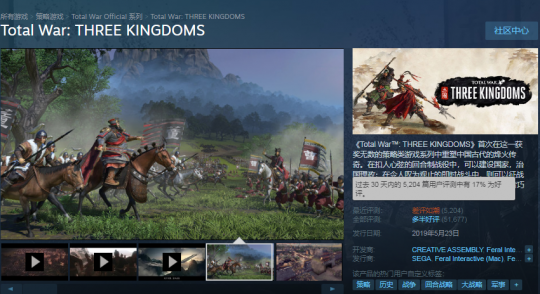 After the CA’s future vision video was released, the smiling creators hadn’t realized the seriousness of the problem. Players vented their anger at the suspension of “Total War: Three Kingdoms” to the comment section of the Steam platform. In just four days, more than 4,000 negative reviews for “Total War: Three Kingdoms” have been brushed, and the overall evaluation has also turned into a wave of negative reviews. CA’s loyal fans who have played for thousands of hours have completely turned their backs and stood at the forefront of calling for bad reviews from players. 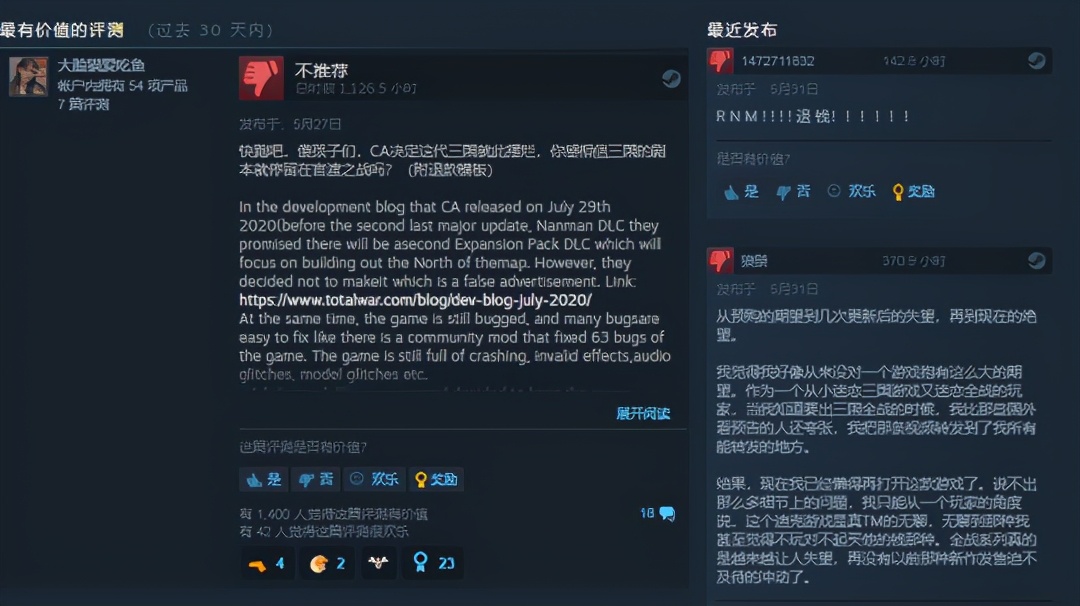 At this stage, the positive rate of “Total War: Three Kingdoms” is only 17%, which is very different from the original. No one wants to experience this feeling of abrupt halt in the middle of playing a game. Many people began to “refund” in the comment area, and even players were suspicious of CA’s attitude to making games, and worried about the quality of “Warhammer 3”.

CA has not yet responded to this, but this incident has greatly affected their reputation. Relying on the Chinese market, “Total War: Three Kingdoms” has achieved great success. CA is now also offending Chinese players, and it will not end well in the future.

Most memorable those domestic shooting games, now has become a memory

Grand theft auto “GTA5 will board the PS5 platform, waiting for the day when his GTA6 hopeless