Game News And Download Game Information Xuanyuan sword online, those touching moment in the game and difficult flat, who hasn’t been touched in that year?

The most touching picture of Tianzhixue comes from the ending. Many players have been tortured by the ending, especially the ending of Xiaoxue. Yu’er’s encounter made countless players cry. So apart from the ending, what are the touching moments in the game? Or some encounters make you feel uncomfortable now.

The villagers in Yuehe Village are equal to the livestock raised by the shark spirits. When the shark spirits slaughtered the village, most of them hid and dared not get angry. After the shark spirit died, they all ran out to blame others, or bullied Chen Jingchou and Xiaoxue. Honestly, if Chen Jing’s hatred is so vicious, would these villagers dare to come out and blame it loudly? Of course, this is not to excuse Chen Jingqiu. It has already been said that the tragedy was caused by his lack of experience, but the villagers’ behavior like this is still infuriating.

Back then, I regretted that I didn’t have time to save Master Gongshan. He tried to find the medicine and risked his life to find the Shenlong Cauldron to make the medicine. As a result, Master Gongshan did not wait until this moment. It also had a certain relationship, because she had to go to Cheng Yaojin to compete, which delayed the treatment time. Maybe go directly to Lei Xiaze, the uncle may not die.

It doesn’t have to be said that saving the uncle is for him to deal with the gluttonous food. Even if he is given medicine for the uncle in the end, his skill is not restored, as long as he is alive, it is good, because the uncle’s family is still very good.

Although Yu’er’s disfigurement is self-evident, considering the nostalgia of his children for their passing parents, I also feel that Yu’er is actually quite pitiful. 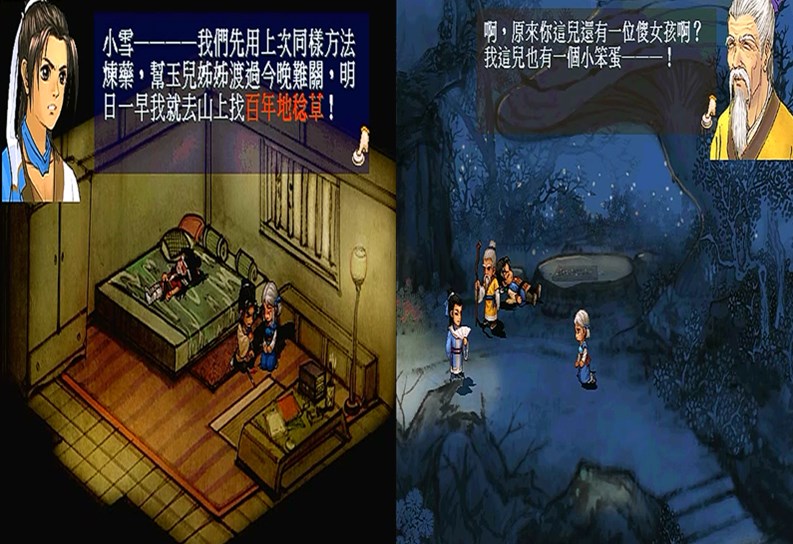 On Fairy Island, in order to save Yu’er, Xiaoxue and Chen Jingchou cut the meat to refine the medicine, but the medicine made by Chen Jingchou’s flesh and blood had no effect. When there was no way, Chen Jingchou went to collect medicine overnight, and he fell down the cliff. , If it weren’t for Ranweng, then the protagonist would have soared, and Xiaoxue ran to beg Gu Yuexian to save Yu’er in the middle of the night. Both of them had sacrificed a lot for Yu’er. The feelings of the three people are also truly reflected here.

I believe this picture does not need to be described by the editor. Even though many years have passed since the original game, this picture is deeply in the hearts of every Skyscar player! ” The Time of Three “

Yu’er’s death, in order to resolve the misunderstanding with Xiaoxue, sneaked into Yuwen Mansion without telling Chen Jingchou, talked with Xiaoxue and took the letter out, but was conspired by the princess, and finally died on Fairy Island.

Before playing to the end, I always believed that Yuer would be resurrected, but if it was Xiaoxue’s ending, then Yuer would not be resurrected. Before Yu’er died, probably most players wanted her to tell Princess Chen Jingqiu of the conspiracy, but she died after saying a bunch of insignificant things, causing the invasion of the devil world. If Chen Jingqiu knew it here As a princess, Yuwen Tuo won’t be a tragedy. 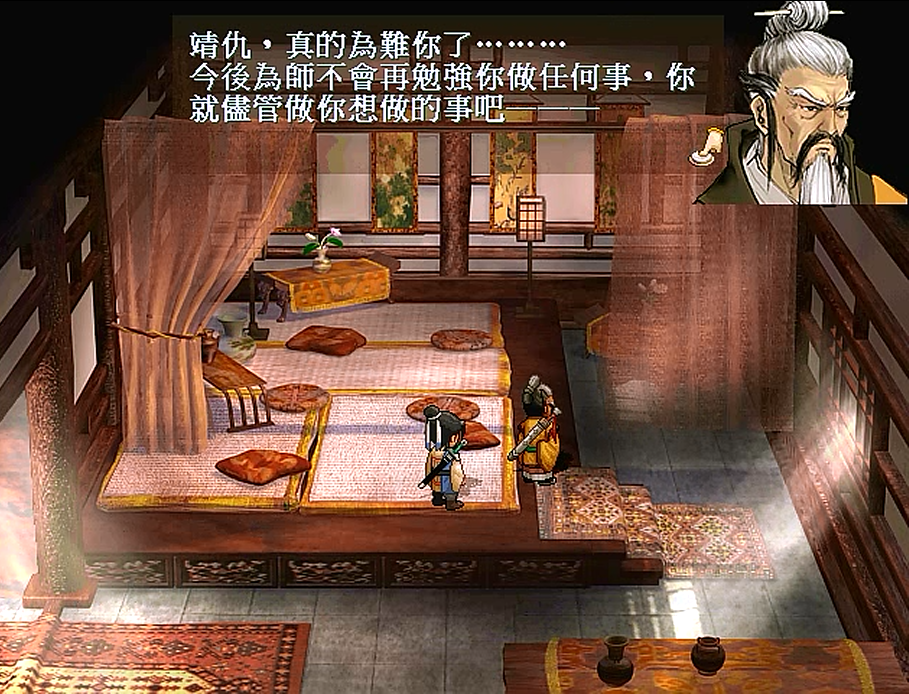 After Yuer’s death, in the princess’s mansion, this should be the second time I felt the master’s care for his disciples.

When playing here, the player already knows who is the good and the bad, but the protagonist doesn’t know, so when I cut off Yuwentuo’s arm here, he will feel a special regret. If he beats his own, he will let the enemy pick him up if both lose. Got cheaper.

After defeating Dugu Ningke twice, she will feel that she is actually quite pitiful. Although she is an enemy, it does not prevent the player from sympathizing with her. A man came from the west, and after death he just wanted to return to his hometown!

This time, I will talk about the touching moments and emotions in the game process. As for the ending, I will leave it to the editor to prepare. Before writing this article, I reviewed the ending of Xiaoxue. Although it is a game, I still feel it in my heart. It’s a bit uncomfortable!

If you have anything to say, please leave a message! Friends who want to revisit the game, the computer version, you can privately write to Xiaobian: Traces of the Sky

Children festival, although not in the childhood, but the game still in childhood

Tencent officially announced that CFHD will be launched. Can the HD version of CF really be available for another ten years?